I have recently bought a cheap fixie from Decathlon for 200€. This thing is super light and silent, a pleasure to ride. 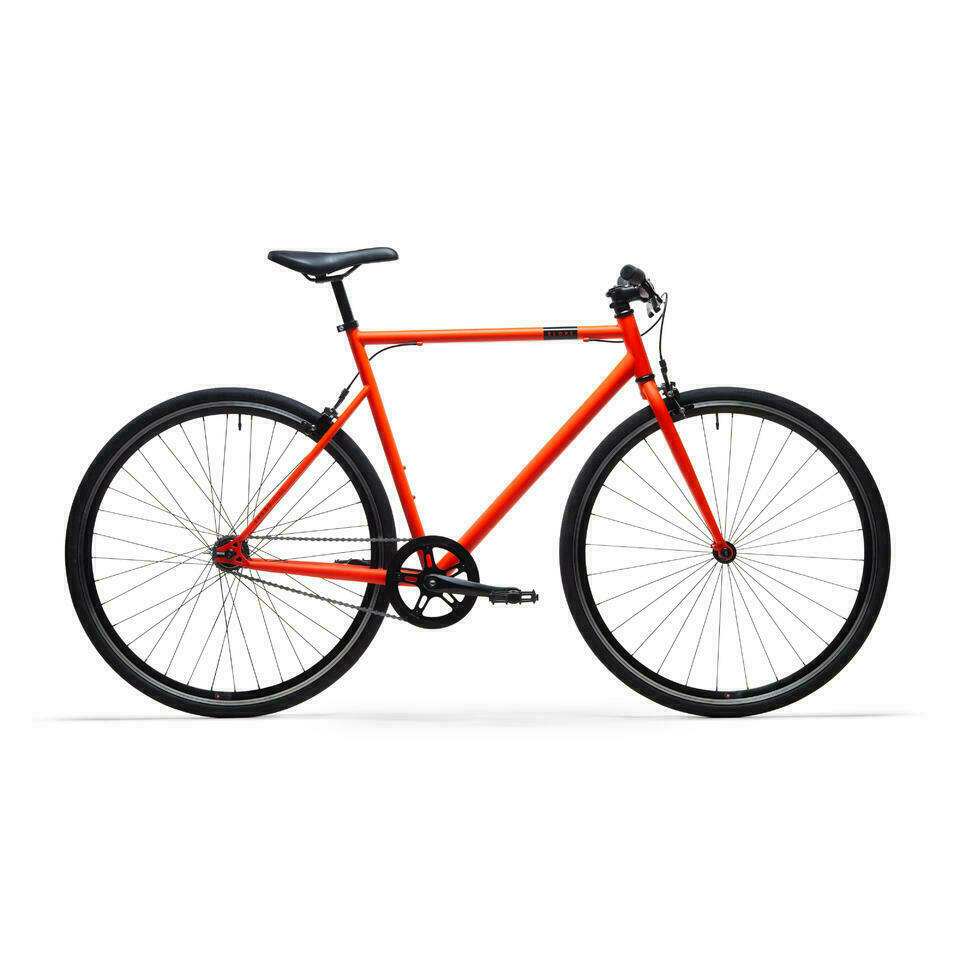 So, lately, I have been doing evening rides, discovering some places in Brussels.

Tonight, I went to Anderlecht and I discovered the Garden City of Moortebeek which is very charming. It is quite similar in spirit to the garden cities of Boitsfort 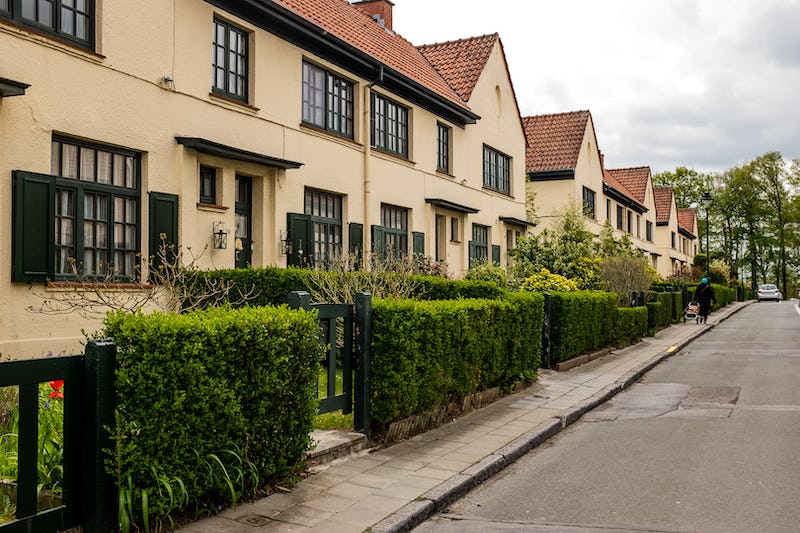 In the middle of the ride, I went through the neighboorhood of the Slaughterhouses of Anderlecht, which are clearly showing signs of improvements lately, with interesting new buildings.

On the trip back, I discovered nice picnic places on a closed bridge on top of the canal, at the Quai de Biestebrook, and just next to that, the awesome open air swimming pool called FLOW 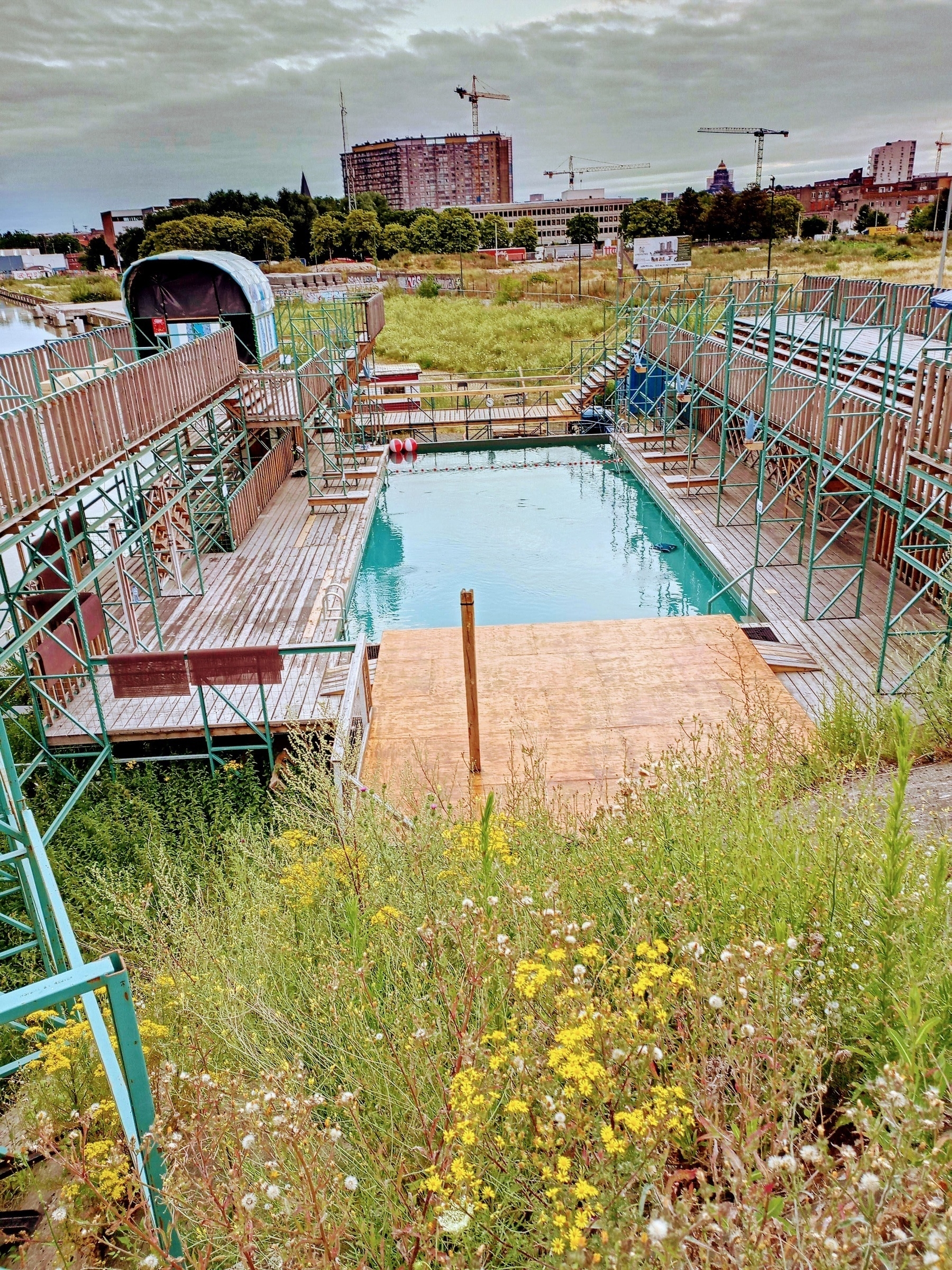 I’ll definitely book a time to take a swim there this summer.

But it’s not over. Very close to all this, there is also the relatively new Urban Padel Club of Brussels, stuck between the canal, new buildings and some old industrial buildings. The atmosphere was super nice. 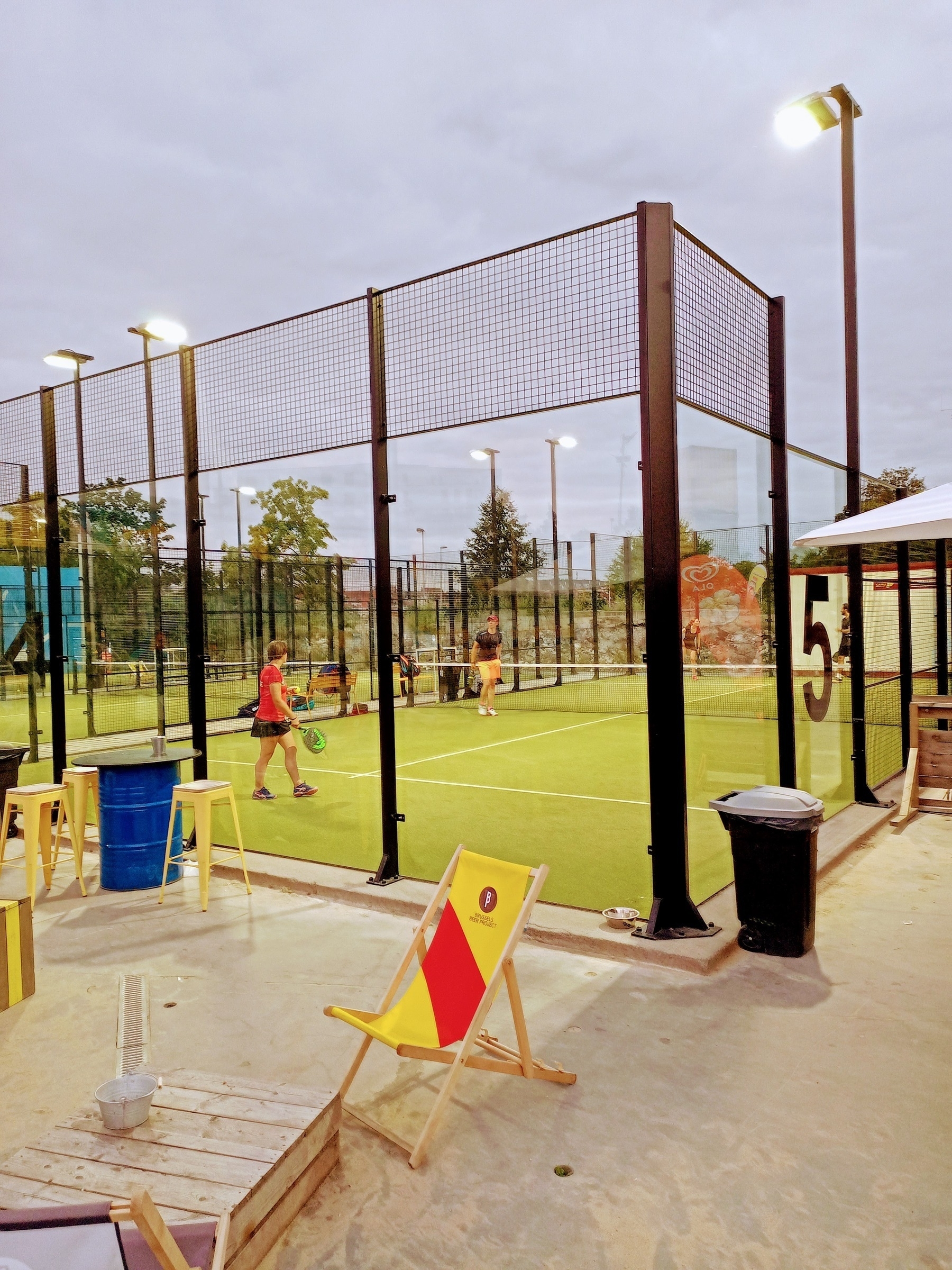 I’ll also want to give a try to that soon. I’ve been playing squash for years, and some tennis too. This seems like a nice variation on these formulas.

Here are all my pictures for tonight, for those interested.

Read other posts
← #projects on Mastodon and my First Entry: zofa.biz
Follow @madewulf.